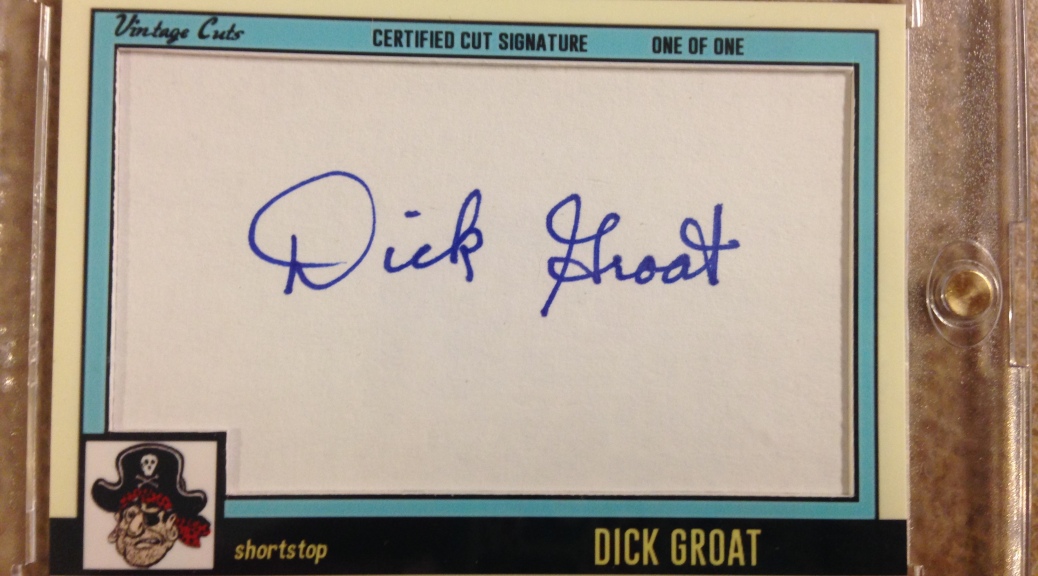 Player information: This is another eBay find, I had no idea how popular a player he was.  I know that he won an MVP in 1960, but I didn’t know he was a 5 time All – Star, and finished 2nd in MVP voting in 1963.  The reason, if you were born in the 70s or later, is he wasn’t a “sexy” stat guy.  He was a great defensive player, got a lot of hits (would probably have ~350 more if he didn’t serve in the military the year after his rookie season.), a lot of runs and hit for a career 0.287 average.  He was a big part of those Pirate teams that battled for a World Series in 1960 and won against a very good Yankees team.  He has a huge following, just search autographs and you’ll see his is very desirable.What you may not know is that he played basketball for Duke University, where he was named an All-American twice and Player of the Year twice.  His Duke jersey has been retired, now hanging in the rafters at Cameron Indoor Stadium, and he is a member of the NCAA Basketball Hall of Fame. A true renaissance player.  Currently he calls Pitt basketball games.

Image of a certified autograph: